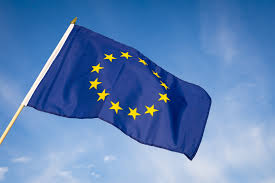 The new President of the European Commission, Ursula von der Leyen has pledged to establish a Conference on the Future of Europe, in an effort to give new impulse to European construction and bring Europe closer to citizens.

At this stage, details of this initiative are still up for discussion. For Dubravka Šuica, the Commissioner who will take charge of the process, the inclusion of all citizens’ voices will be an essential characteristic of the Conference.

However, how to ensure that European citizens are properly represented remains to be clarified. Preparation of the Conference, in von der Leyen’s approach, will follow three steps: first, the elaboration of the concept, structure, timing and scope with Parliament and Council; then, design of a means to ensure that citizens participate as much as possible, including by fostering online participation for younger people; and last, making sure that appropriate follow-up is provided to the actions agreed by the Conference.

The Parliament has created a working group to contribute to the design of the Conference, in particular in respect of its structure, with a view to a vote in plenary. Parliament’s Committee on Constitutional Affairs(AFCO) has also launched discussions, confirming the eagerness of Parliament and its political bodies to play an active part from the beginning of this process.

The Conference on the Future of Europe should be an excellent opportunity to engage in more structured debate, with the intention to find concrete proposals to improve the way in which the EU works not only in terms of institutional dynamics, but also of its policies. Some have however cautioned that the initiative needsto be carried out with the utmost care, in particular on the follow- up to be given to its outcomes, so that it can remain a meaningful endeavour.

Let us help out the environment in 2020