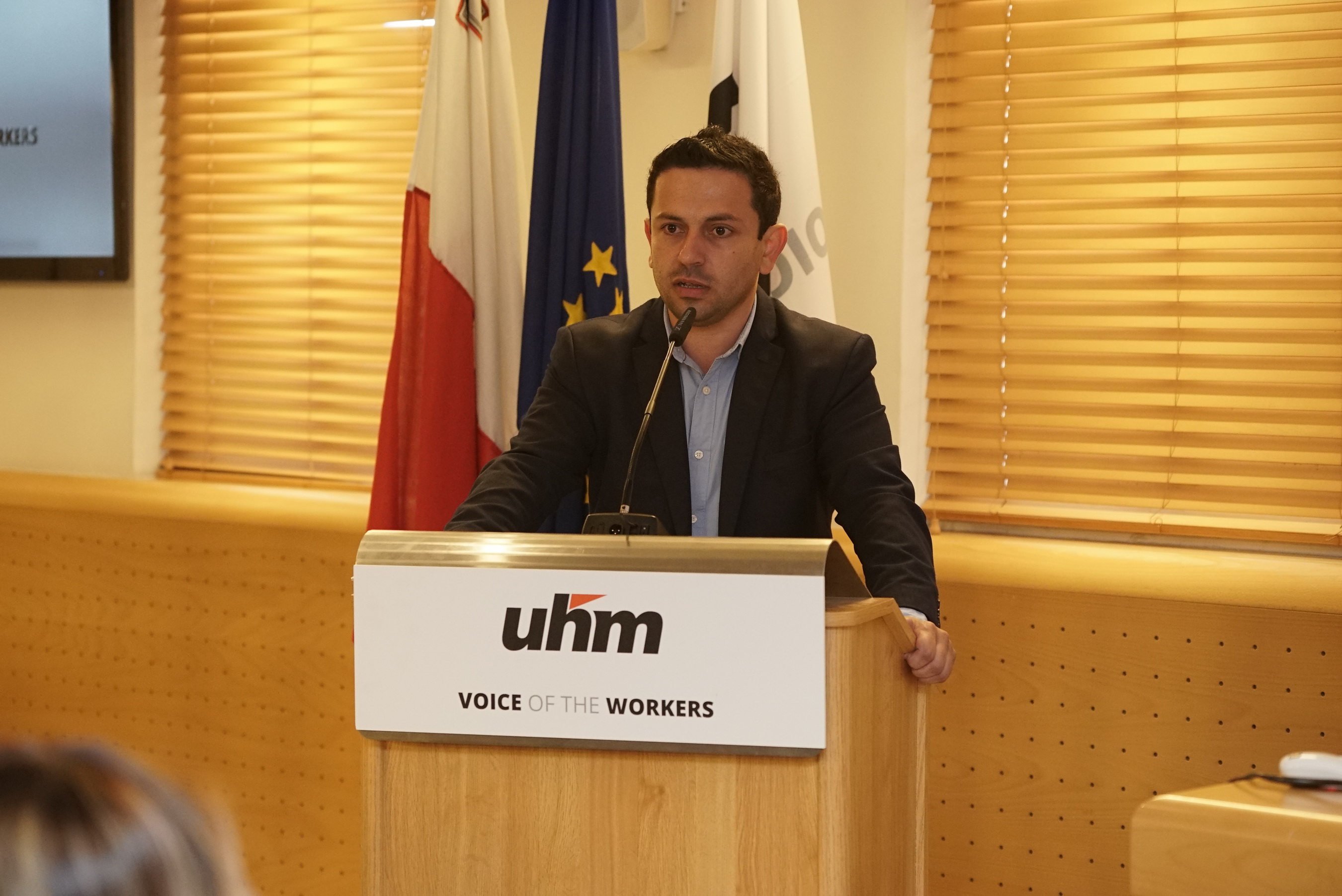 Teachers deserve to be respected not disparaged or intimidated because they dare to speak up for the children’s benefit.

This statement was made by Graham Sansone, Executive Head of the Union of Professional Educators (UPE) during a conference organised by UĦM Voice of the Workers to mark International Workers’ Day at the Catholic Institute, Floriana on Friday, 27 April 2018.

He explained that a few months ago an agreement was signed that, in his view, “put all teachers in a corner, from those at the bottom of the scale to the highest ranking teacher.” Graham Sansone said that this agreement was signed behind the teachers’ backs without giving them a chance to vote on it like others had had.

The Executive Head of the UPE explained that the union is based on three principles – Loyalty, Values and Professionality. The UPE is loyal to its members at all times and they will always find a shoulder to rest upon. Graham Sansone said that the UPE would like to keep its members involved as, at the end of the day, the union is theirs.

He added that the UPE holds values that are based on Christian values and said that the UPE consults its members and does not do everything behind their backs.

In his speech, the Executive Head of UPE spoke about professionality and explained how, in the classroom, teachers have lost the children’s respect, so much so that the latter have even been known to hit them; the parents’ respect for teachers has also been lost and it is not the first time that teachers have been assaulted or vilified on social media platforms.

« A society without social justice will die out
Posting of workers: MEPs and Council strike a deal on pay and working conditions »