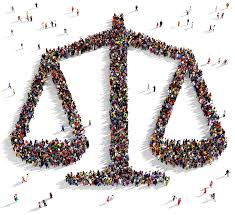 Workers’ Day is a holiday with a particular tradition for us Maltese, that changed over time but always sought to inspire workers to maintain unity, to look out for one another and  keep to the spirit of solidarity.

One of the principles held by the union is loyalty. A union works and strives for unity and to ensure that an agreement made between two parties is adhered to. Loyalty means that if an agreement is not reached between the parties concerned they return to the negotiating table.

“No one should approach the table, neither employer nor employee, with the idea that anyone is superior or more indispensable than anyone else”, said the Archbishop of Malta, Charles J. Scicluna in his speech during the Workers’ Day conference organised by UĦM Voice of the Workers organised at the end of last week.

Loyalty means that if we are going to criticise, we criticise on the basis of fact. We are living in an environment where the social media, which should presumably help foster loyalty, are being abused and are breaking down loyalties among us. Loyalty calls for respect of diversity of opinion.

The UĦM Voice of the Workers believes in values, particularly human values. When it embarks on negotiations, a union needs to learn to keep itself in check. It needs to have the courage to choose what is right even at a cost. In his speech, the Archbishop spoke about the value of prudence, where one dialogues and listens; prudence teaches that one does not only strive to obtain one’s rights but that one does not forget one’s responsibilities.

Another value that is important in trade unionism is justice. This union firmly believes in meritocracy, where one is given what one deserves. The UĦM Voice of the Workers strives, and will continue to strive, for the sacrosanct principle of equal pay for equal work. For this union, justice is also a workplace not shying away from employing people with disability and giving them an opportunity to work.

We should all strive to be more just at all levels of society.

One of the themes of the conference this year was professionality. The root of professionality is ongoing skill development, training and always seeking to work in a way which sets best practice.

The UĦM Voice of the Workers is in favour of worker flexibility to ensure that a worker can adapt and evolve. A worker who advances at the workplace will feel more appreciated and gains in dignity.

In the Archbishop’s words, “loyalty makes our lives easier, strong values make us human and professionality helps us all contribute to the common good.”