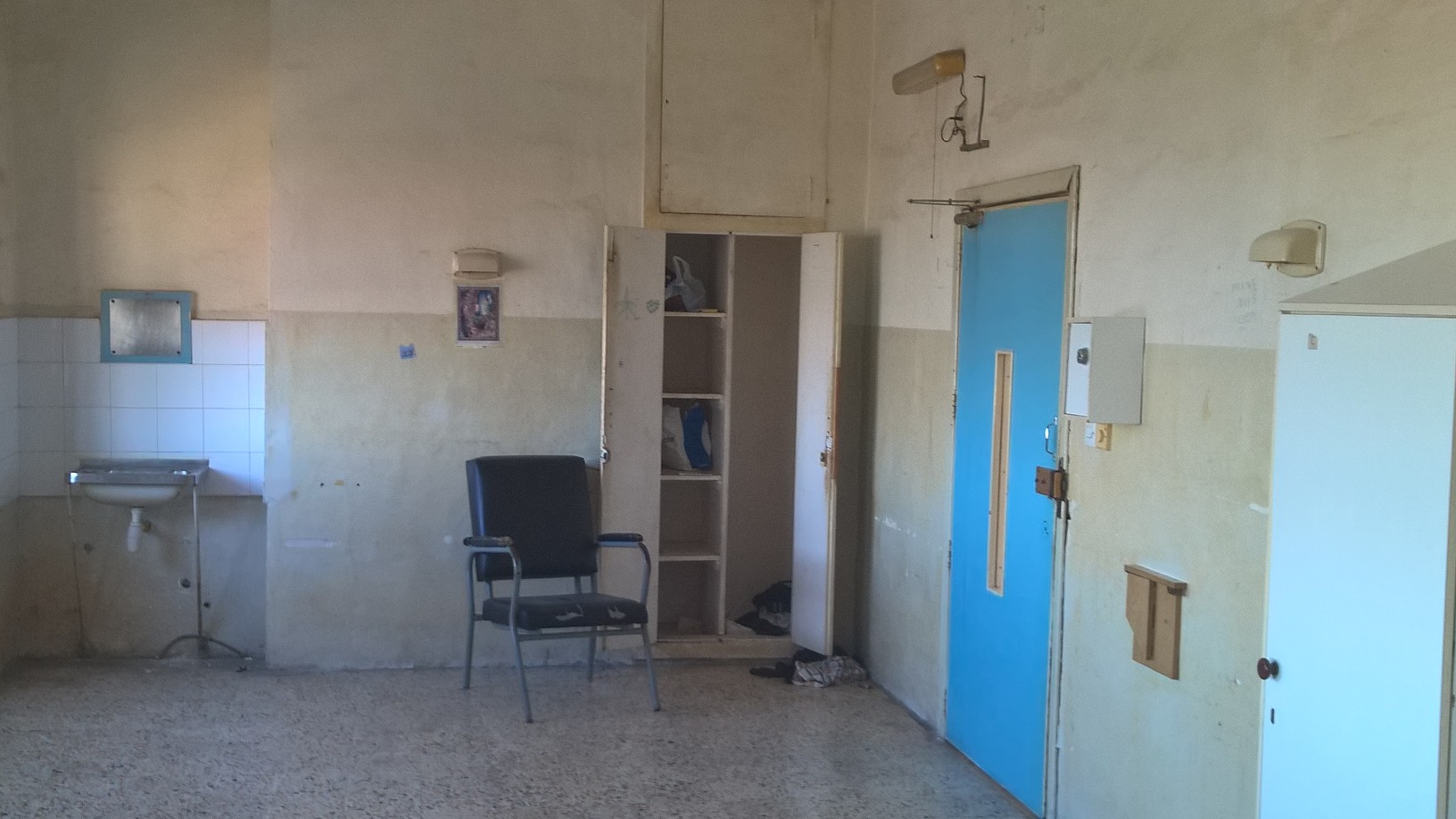 “The patients’ interests are being totally ignored.” Harsh words uttered by a nurse in an interview with Voice of the Workers about the disgraceful situation of Mount Carmel Hospital, Ħ’Attard.

The condition of Mount Carmel Hospital is extremely worrisome and it appears that the situation is not being treated with the seriousness it deserves.

Sources who spoke to this portal expressed the alarming conditions that exist in this institution that is meant to be looking after the interests and welfare of patients with mental illness.  It transpires that the opposite is true because vulnerable patients can easily hurt themselves and worse.

“The place looks worse than Alcatraz – broken or missing tiles, sharp edges … these things, among others, can be used by vulnerable patients to hurt themselves”.

When news of the legionnaires disease emerged and following the tragic incident of the patient who ran away from the hospital only to be found dead a few days later, a few repairs started to be made to give the impression that the situation was being addressed. But the negligence is so widespread that, on finishing a piece of work, one of the maintenance workers left the tools lying about. “You tell me now, if a patient had picked up a screwdriver and hurt himself, wouldn’t we have had another tragedy on our hands?” said one of the sources.

Some workers have long voiced their concerns about the lack of health and safety measures to their superiors. It appears that there is no plan to carry out the necessary maintenance works. A particular source said that some windows in some of the rooms can easily be removed. The same person spoke about the place where the patients get together to eat.

“It’s disgraceful,” he said, adding that “the place is dirty, everything has broken down and there are ancient fans that do not work that are covered with garbage bags”.

A person who spoke with us described the condemned roofs of some rooms and zones in the hospital. Unbelievably, it is being alleged that the repairs and works on the roofs are being carried out in the patients’ presence.

A nurse who has been working at the Mount Carmel Hospital for the last 30 years claimed that there is a serious lack of infrastructure in the institution. “The environment is sub-standard and does not meet today’s requirements – there is no decent place to wash, go to the toilet and sleep … in other words there is a sore lack of hygiene.”

The nurse described doors with broken windows, iron beds full of rust, dirty, slippery baths and showers that go back 50 years. “If a door is removed it is not replaced and the tiles around the doorway are not placed properly.” And what of the rooms themselves? “They have been waiting for a lick of paint for 18 years and they lock on the inside which means that if a nurse suspects that a patient is going to harm themselves they have to break down the door to stop them”. The source who spoke to us said that such dangers could be avoided if the environment were adequate and modern. He added that there was even a lack of ventilation.

In the face of such a precarious and piteous situation, the question asks itself: aren’t the hospital authorities paying attention? Does no one speak up and act? This nurse told us that it was not the first time that workers sent emails to the management to voice their concerns. But they came across a number of obstacles. “You are marked … there were times when we were told not to send any more emails and we were warned to pay attention to the language we used … to date, following a number of emails, no action has been taken.”

He added that “if someone complains to management they are told that they are criticising and giving the hospital a bad name”.

Regarding the way the workers are being treated, the same nurse said that the situation is so politically charged that it is not in the patient’s interest. Asked whether the environment at the hospital is bringing down the workers’ morale, the nurse who spoke to us said that “my colleagues and myself are used to this degraded environment as we used to work in the same kind of environment at St Luke’s Hospital.” He added that “if we see that the place is dirty, one way or another we will clean it; the patient, on the other hand, does not have the means to do this. We spend 12 hours there and we adapt but the patients have no way of helping themselves. Worse than this, their room is not safe!”

He said that the Practice Development Unit, that is meant to draw up policies, is not being allowed to work.

The source who spoke to us told us that there isn’t even a fire escape plan. “To make things worse, there is the problem that we cannot leave a fire extinguisher in the open as a patient can become aggressive and attack someone with it.”

The nurse who spoke with Voice of the Workers referred to the patients saying that 80 per cent are ignored by their families. The families of the rest of the patients are troubled and suffering from stress because they have been constrained to trust the care of their loved ones to a hospital with a degraded environment.

In spite of it all, the dedicated nurses and staff do their best to make the patients happy. “A smile can make a person’s day”, said our source, adding that “the environment is what it is and the least thing one can do is to try and lighten a person’s mood if possible.”

Taking better care of our elderly

“Take care of your beloved elderly relatives and visit them often!”