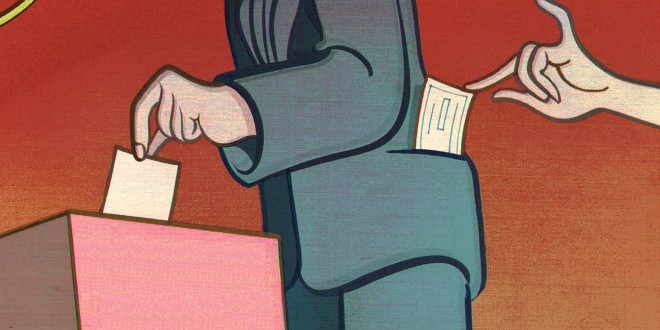 Not only is Malta the smallest member state in the European Union, it is also the most densely populated. Its small size and density have created a society where everyone knows everyone else and the citizens and politicians are regularly in direct contact.

This contact almost always concerns personal requests on behalf of the voters that range from issues regarding housing, jobs, health care and pensions to personal problems involving illness, loneliness and family relationships. Our country’s small size therefore strongly encourages clientelism that has come to characterise most of the interactions between citizens and politicians.

The prevalence of the connections between citizens and politicians is reflected in the high voting figures in Malta that always top the 90 per cent mark.  Given that a personal connection with a politician is key to obtaining a favour, it matters greatly to individual voters which politicians and which party is elected to government.

Apart from this, Malta’s small size makes it easier for politicians to monitor individual citizens’ level of participation. On election days, representatives of both large political parties take note of who has voted and who has not and those who do not turn up are reminded of their duty to vote. It is evident that the political anonymity created by Malta’s small size also contributes to a politics based on clientelism and a high level of participation in politics.

Another characteristic of Maltese politics that is related to its small size and clientelism is the Government’s ability to completely dominate the social and political sphere. We all know that an electoral victory in our country translates into almost total control of the state by the party that was elected and an electoral defeat leaves the Opposition and its followers almost totally without any strength or influence. The Government controls the major part of the job market, with public sector jobs being given out to the party faithful by politicians.

Finally, clientelism can be related to recurring corruption scandals in Malta and the culture of impunity towards corrupt officials. When the people’s social and economic dependence on the politicians in power increases, clientelism decreases the citizen’s ability and willingness to ensure that politicians are kept accountable for their actions.