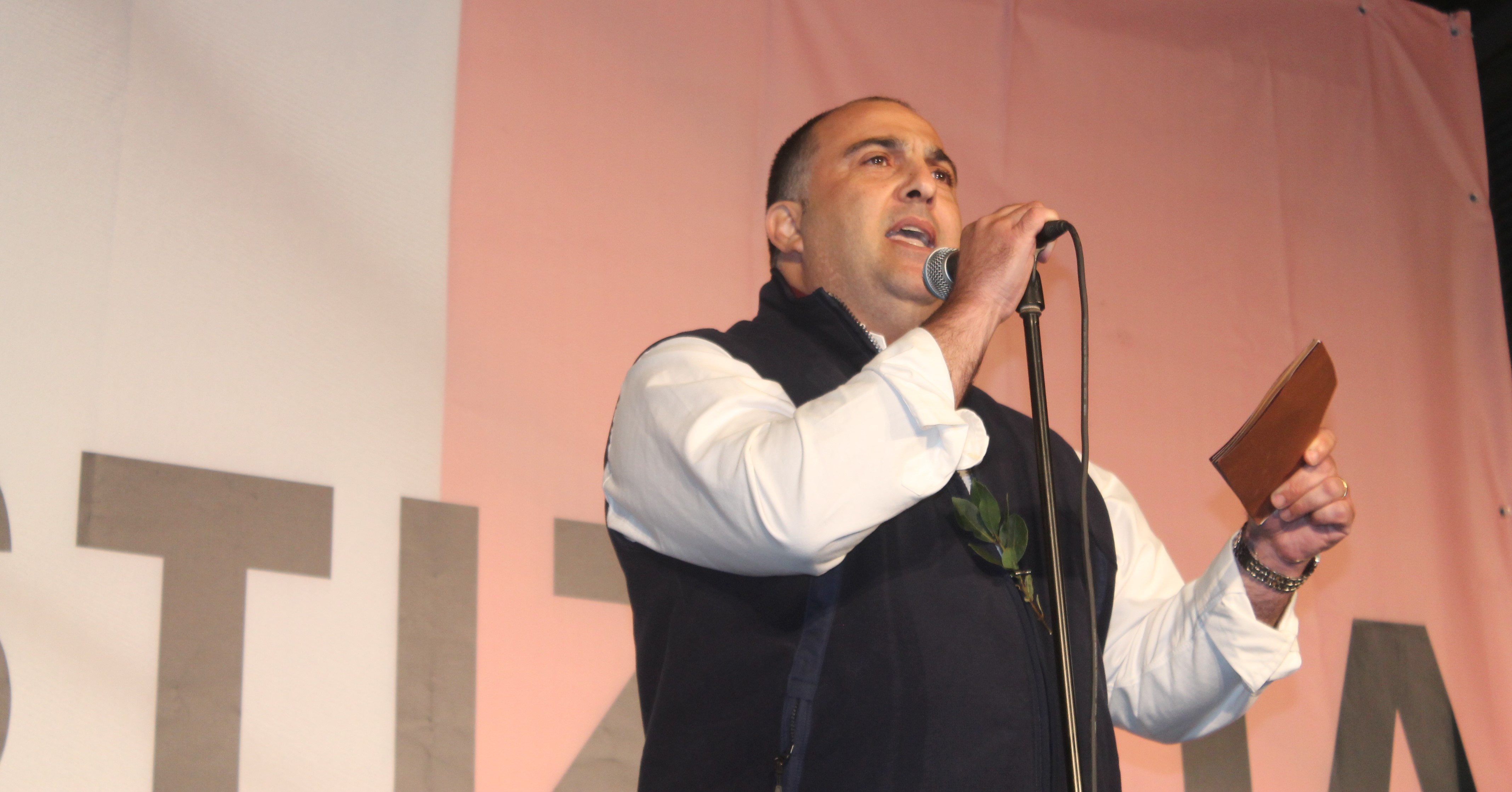 Editorial Note:- This week I felt that I should reproduce the impassioned speech given by Josef Vella, Chief Executive of UĦM Voice of the Workers, during the second national protest held in Sliema on Sunday, 29 October 2017.

“Our country is calling us to rise above our personal and our partisan interests. Let us not ignore what is happening in our country, let us not shame our mother land, let us make her proud that we are Maltese and that our love for our country triumphs over our partisan and individual interests.

Let us not delude ourselves that the attack on Daphne Caruana Galizia was not an attack on each and every one of us.  Let us not be convinced that this was just another murder. This was an assassination of a woman, a mother, a Maltese citizen the only motive for which was in her writing. The investigators on the case are not looking elsewhere for the motive.

Let us not think that this assassination was carried out because of the way Daphne used the written word but because of what she was in the process of revealing or may have already revealed. We need to understand that this killing did not happen in a vacuum; it was part of a chain of incidents that saw Daphne hit people in politics and high positions where it hurt.

When a political assassination occurs within a series of scandals, where there is no culture of resignations, where no one takes responsibility and where everyone tries to carry on as though it were business as usual, people are left with the feeling that the country’s institutions have lost their autonomy.

Let us not think that what is happening in our country at the moment will have no impact on employment and on our country’s ability to bring in foreign investment. A strong economy is built only when there is a solid society; a society that is built upon the value of transparency and the integrity of institutions that recognise only the rule of law and are not controlled by the rule of fear or the rule of indifference.

In this situation the only way forward is to embark on a reform process that will lead to a clearer separation of powers; where the persons holding the offices of Police Commissioner and Attorney General, among others, are elected with the consensus of two thirds of Parliament; where the people appointed are respected by all parties. This is so justice is not only done, but is seen to be done. And for justice to be seen to be done the persons in charge of the process need to be the type of persons citizens can believe are able to act freely and with integrity.”

Click on the link below for the clip of Josef Vella’s speech: