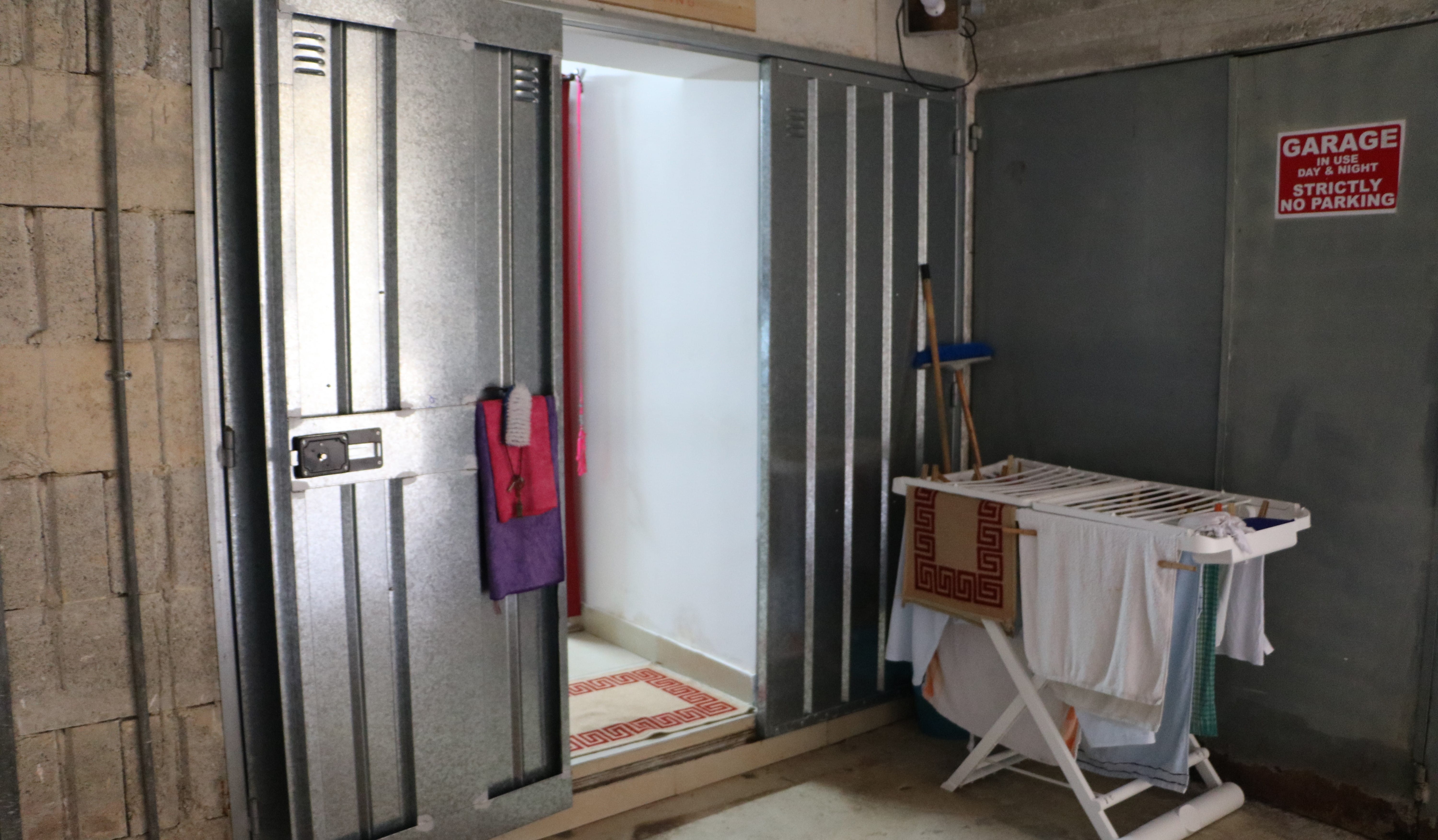 “I want justice for my children …”. This is what Jennifer Borg*, a 40-year old single mother of three and grandmother of three, who grew up in poverty and is now still living a hard life following separation from her ex-husband.

She is also a grandmother to three children. She has been in and out of court for the last five years. “They say that the perpetrator of domestic violence should leave the home but I ended up leaving the home and I am the victim”, Jennifer said.

Since January 2018 she has been living on her own in a small garage in Marsascala. She used to live in another place in another locality, but the house was old and when she asked the owner to carry out maintenance works on the walls as the humidity was affecting her daughter’s health the owner ordered her to evacuate the place as there were others who were ready to rent it. She could not afford to rent elsewhere at €700 a month as she had court expenses to pay. Jennifer told Voice of the Workers that she has hardly anything to eat. “If you open the cupboard all you will find is noodles,” Jennifer said.

She decided to rent a garage for €300 a month as she found nothing cheaper. “My daughter should be with me but at the moment she is living with my mother”, Jennifer explained.

Asked whether she has some form of help, Jennifer said that the Housing Authority has known about her case for five years and they keep telling her to wait until she is allocated a place to live. At one time the Authority dropped her application but, thankfully, she found a good soul at the Authority who reopened the file.

Her problem is that her matrimonial home belongs to the Housing Authority and the contract was drawn up in her name as well as her ex-husband’s name. Because their assets have not been divided, she is stuck. She said if she were to cede the home to her ex-husband, it would seem to Government that she had a place and she refused it.  Only a court sentence can solve the problem.

In the meantime, Jennifer has managed to obtain a marriage annulment. However there are still a number of obstacles pending regarding care and custody of her son. According to Jennifer, her children are afraid of her ex-husband.

Her ex-husband has never worked and has been registering for work for the last 30 years. He would occasionally carry out an undeclared job or two and as soon as he got €2,500 together he would decide not to work for a year or two. As soon as the boy was born, however, things seemed to settle down. Unfortunately, this new-found equilibrium was not to last.

Jennifer works as a driver with a transport company.

She had high praise for the management of the company.

Jennifer added that on top of all this, she suffers from fibromyalgia, a condition that causes pain throughout the whole body. She said that the doctors only diagnosed this condition after 18 years.

Jennifer spoke about her children and said that, in five years she has hardly seen her son … she does not know what has become of him. Her ex-husband tried to deny her knowledge of her son’s health, his education and to stopped her from applying for a passport for him.

Voice of the Workers asked about the contact she has with her children today.

Jennifer said that her troubles started when she was just eight years old.

She was 35 years old when she reported the sexual abuse she had suffered at the hands of her uncle-by-marriage as a child. On his deathbed, her uncle allegedly asked for her and told her that “he would not rest until he destroyed her”.

She now understands that what happened was not her fault.

She said that when her eldest daughter used to go out clubbing, she used to suffer from panic attacks and breathlessness and she used to drop anything she tried to hold. Every time her daughter was late, she would get hit by her husband. However, when they finally ended up in court, because she was so scared of her father, her daughter allegedly said that it was natural for parents to discipline their children! At the time Jennifer was in such pain because of her fibromyalgia that she could not walk. She was told that her pain was a symptom of her depression but this was not the case.

She carried on to say that she never had any support from her ex-husband’s family. This does not mean that her own family was free from evil and meanness, but she feels that if she had not been helped by some members of her family her children would not have come of age. If it had not been for her own efforts, her children would not have been able to attend Church schools. “It was never without a fight but they went”, she said.

Unfortunately, her ex-husband could not have cared less about his children’s education.

Jennifer said that she did all she could for her family and she managed to keep the family together for 16 years. This is in spite of problems that started surfacing within five months of marriage. She even found herself facing the barrel of a gun at one point. And it was not the first time that her ex-husband enjoyed the company of other women.

Voice of the Workers asked Jennifer how she feels after all those years of abuse, violence and negligence.

Jennifer discredits the reports on poverty that are published and given coverage on the media. She says only those who experience poverty know what it is and claims that domestic violence is linked with poverty.

Jennifer says that if it had not been for Dar Merħba Bik she would not be where she is today. The management of Dar Merħba Bik had faith in her and her potential to work and become financially independent. She made a great deal of effort to find work and to get her driver’s licence. Although her father had told her that she was good for nothing, she achieved a great deal. Jennifer thanks Dar Merħba Bik and the staff for helping her, even offering her free psychological services.

The same cannot be said for the Government authorities because she has, as yet, not found any help. Jennifer also levelled a great deal of criticism at the court because she was not even allowed access to her son’s school to, at least, find out how he is getting on at school.

All in all, Jennifer is asking for justice to be done and that it is no longer alleged that she is mentally unstable. Although she is being denied the love and comfort of her children and grandchildren, Jennifer is at least grateful that the latter are being brought up by their parents.

*Names have been changed to protect the person’s identity and that of her relatives.

We are destroying our environment bit by bit