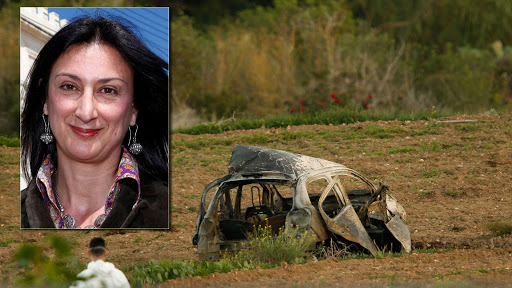 The shocking revelations that are being made in court linked to the  murder of Daphne Caruana Galizia are  increasing the dosage of harm to our country’s reputation.

Investigations, which supposedly were  meant to be conducted by the Police but instead were undertaken by the independent media, have revealed more corrupt practices. These latest disclosures show how in the past few years, there was a disparaging relationship between senior politicians and dishonest business people.

The recent news of Enemalta’s purchase of shares in a windfarm in Montenegro and its connection with the prime murder suspect raised more eyebrows and to date have given no credibility that the project was legitimate.

We have seen or heard that former Prime  Minister Joseph Muscat had no knowledge of Yorgen Fenech’s connection to the above mentioned project. However, one has to be very ingenuous to believe that the former prime minister was not acquainted with the project or else that he was not involved in the due diligence that should have been made. People of goodwill are also doubtful of Muscat’s claims that his then chief of staff was not involved in the negotiations.

In these circumstances, it is unacceptable that we, the citizens, continue to be taken for a ride. In the name of good governance, the present Prime Minister should act  new and eliminate the  perception out there that rogue politicians are untouchable. The people were not impressed when Prime Minister Abela said he was “disgusted”. That is not enough. He has to show that  he is really a Prime Minister who wants to wipe out corruption that  has continued to tarnish our country’s image  in the international arena.

Meanwhile, Voice of the Workers calls for the involved politicians to shoulder responsibility and resign from their public roles. They must not be protected anymore. This portal is also calling  for the directors of Enemalta to shoulder responsibility for the Montenegro windfarm scandal. In the meantime, international organisations are monitoring Malta to see how the government is going to tackle the issues of money  laundering and corruption.

Unless drastic political decisions are taken to restore the much needed trust in the rule of law, scandals will increase and shall continue to cause serious repercussions on the country’s reputation.

This editorial was written on Monday  22nd June 2020