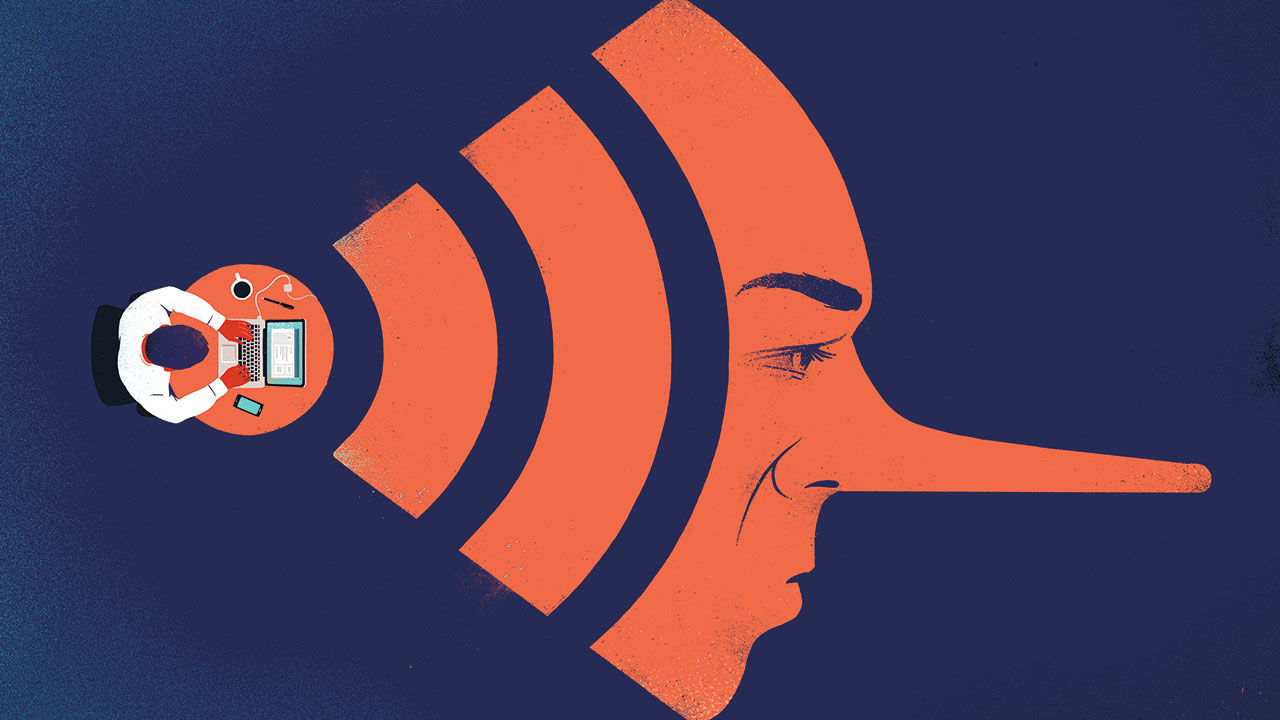 We are living in the information era, or rather, in times of misinformation. The fact is that we are living in a world that idolises technology and knowledge, but we are now at a phase where we are no longer able to tell fake news from real news. Worse than this, we do not know how to assess whether the providers of the information are reliable or not.

Fake news can be defined in a number of ways. Basically, fake news is created with the intention of misleading, doing harm or attracting attention to a cause and this is how it attracts media attention. The information can be sensational, partial, provocative or fabricated with journalists or ex-journalists even resorting to spreading rumours. Today’s fake news can also feature doctored photos and clips and can feature people who have been coached on how to react in front of the camera.

Until recently, when the print media and television dominated the distribution of information, the media was entrusted with providing balanced opinions and putting forward different aspects of an argument and leaving the reader to judge which side was correct. Newspapers and television stations produced investigative journalism to get to the truth.

With the advent of digital information, these traditional media lost advertising income and social media took over, lowering the quality of journalism. To attract attention, newspaper and television content became more and more sensational and started to lean towards one side.

The competition among portals to draw people to read their content not the content on another portal also affected the social media, given that the income of media outlets depends on their ability to attract followers.

How important is fake news? Do you think that it is causing harm? Should it be regularised? There exist a range of trolls and social media platforms that work to spread fake news. It is difficult to agree on who should regularise fake news and who is to decide what is and is not fake. Some believe that social media platforms should monitor what is posted on the internet, others want governments to be involved.

An argument that is linked with all of this is whether free speech, pushed by social media, is promoting hate and disunity. One asks: has freedom of speech let us down? Freedom of speech is a useful instrument, one that can be used to look for the truth. The problem is that we do not have sufficient facts and we cannot have a rational debate on what the truth actually is.

Freedom of expression fulfils its function, that is, looks for the truth, when all the agents involved speak with goodwill; when they all agree that the truth is the aim of the conversation, that facts are important, that there is a level of evidence and discussion that is admissible and that the speakers are open to criticism.

If, however, one obstructs someone else through intimidation, threats, insults and the spread of misinformation, civil dialogue becomes impossible as does the rule of law.

We are living not in the age of information but of rage. Because of financial capitalism, gross inequalities have been allowed to grow and they have broken down rational dialogue, fostered distrust in institutions and given rise to hate and divisions.

Should we allow social media to strengthen this process, not to bring people together but to tear them apart?

« Positive from EUCO: Europe shows it is united and ready to act
Greeting in the time of the Coronavirus »

Recognised as a professional in other EU Member States