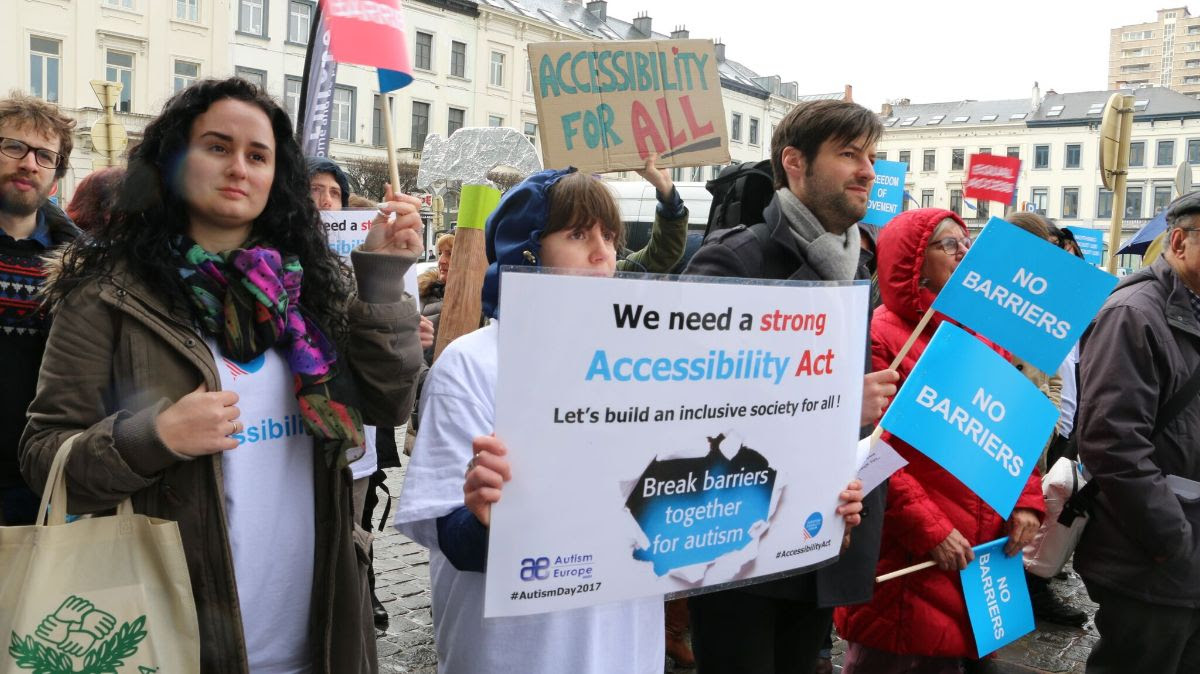 More than 70 million people live with disabilities in the European Union (EU). This share is likely to increase with an ageing population. Like all EU citizens, people with disabilities are entitled to accessibility, i.e. ‘to live independently and participate fully in all aspects of life’.

In its Charter of Fundamental Rights, the EU considers the accessibility of people with disabilities to be a fundamental right (Articles 21 and 26). In this area of shared competence with Member States, the EU has ratified the United Nations Convention on the rights of persons with disabilities.

Yet people with disabilities usually face a number of challenges that hamper their daily activities. To remedy this situation, the European Commission adopted a European disability strategy for 2010-2020, highlighting accessibility as one of its priorities. Since then, the Commission has promoted accessibility in its digital agenda, given significant attention to provision of assistance to air passengers with reduced mobility, and invested in the development of common voluntary standards on accessibility in specific areas, such as information and communications technologies (ICT) and the built environment.

Regarding the accessibility of products and services – the prevention and elimination of obstacles that pose problems for people with disabilities when using products, services or infrastructure – supply is insufficient and there is regulatory fragmentation in the EU market.

In December 2015, the Commission adopted a proposal that should substantially improve the proper functioning of the internal market for accessible products and services, through helping to dismantle barriers between Member States.

On 25 April 2017, Parliament’s Committee on the Internal Market and Consumer Protection (IMCO) adopted its report on the proposal. After interinstitutional (trilogue) negotiations, Parliament and Council reached a provisional agreement on 19 December 2018, which was then approved by the IMCO committee on 22 January 2019. Micro-enterprises would be exempted, and more generally, the directive should avoid imposing red tape on economic operators. It should include accessible emergency calls to 112. The agreed text was voted by Parliament during the March I plenary session.

Hate speech has no place on the internet

Working from home: solitude or a more balanced life?