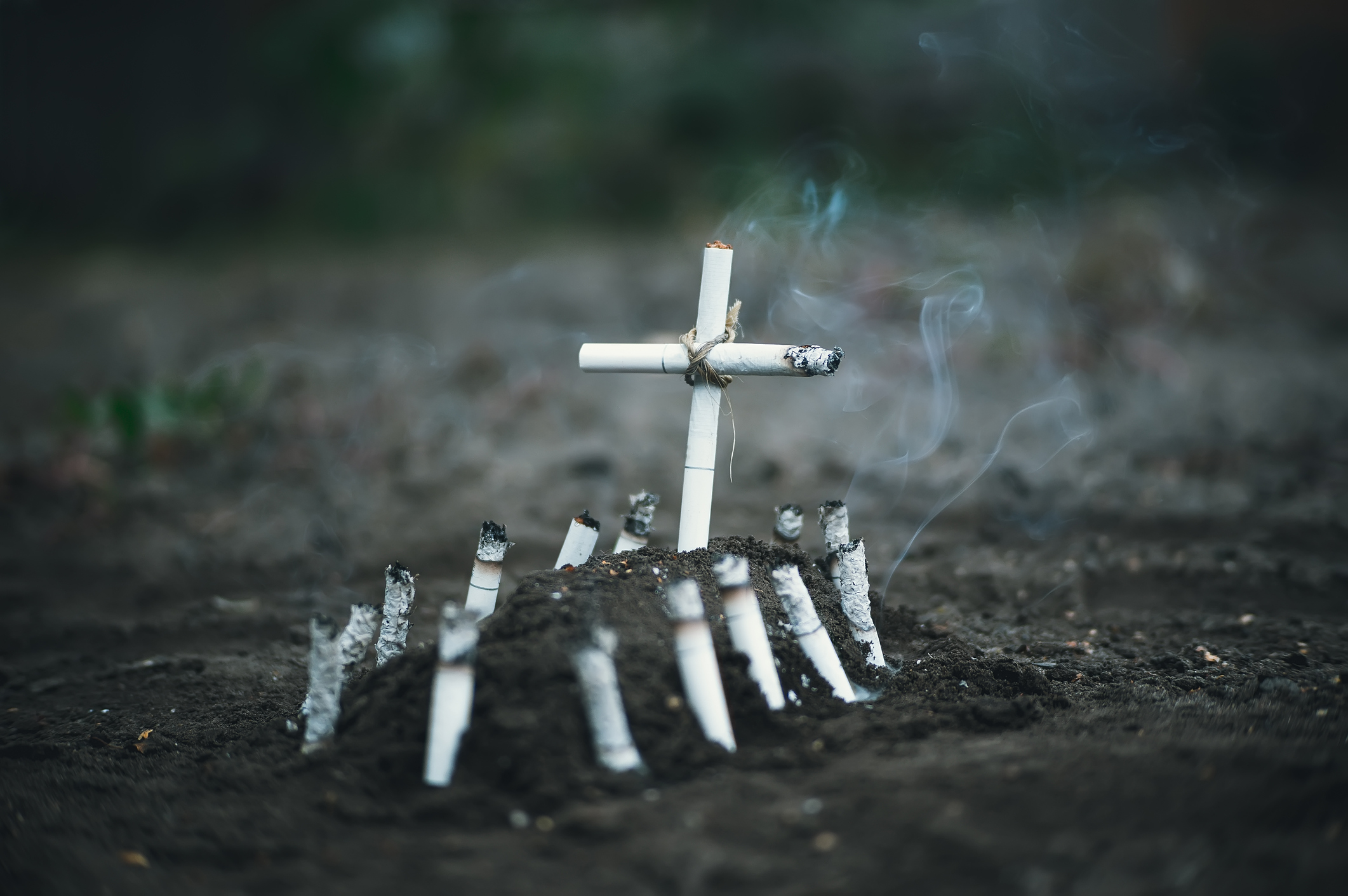 We all know that smoking is bad for us.  How many of you know how bad it is for the world we live in? From the moment that the seeds are sown in the soil to when the leaves are dried and lit by 1.1 billion people who smoke in the world, tobacco leaves a trail of damage.

Researchers from the Imperial College of London have found that the annual carbon footprint of the industry is almost double that of the whole of Wales. The World Health Organisation (WHO) said that if we continued to grow tobacco to meet current demand, we will create an environmental crisis.

Tobacco cultivation and the drying of tobacco leaves add up to more than 75 per cent of the carbon footprint of tobacco. Tobacco cultivation requires great tracts of land, water and energy, as well as pesticides and fertilisers that pollute rivers and aquifers and kill the soil.

Transport and the cultivation of cigarettes add to this toxic problem. According to Unfairtobacco.org, a project run by the Berlin Working Group on the Environment and Development, the industry uses 2.4 million tons of cigarette paper and packaging every year.

Then there are the cigarette butts. Out of almost six trillion cigarettes that are smoked every year, 4.5 trillion end up littering the environment. The European Parliament claims that one cigarette butt can pollute 1,000 litres of water with toxic substances that can make their way back into our food chain.

World governments, and Malta is no exception, need to ensure that tobacco companies take responsibility for their environmental impact.

In the meantime, some people are opting for electronic alternatives to get around the damage done by cigarettes, but their long term impact on human health are not known. Neither is their impact on the environment in terms of generation of waste.

The failure to take action is of concern to environmentalists as it is but a matter of time until electronic cigarettes and traditional cigarette butts are found thrown away on some sandy beach.

« Il-UĦM Voice of the Workers titlef persuna rispettabbli
The EU immigration policy is grist to the mill of the far right. »

Gearing up for the European Elections