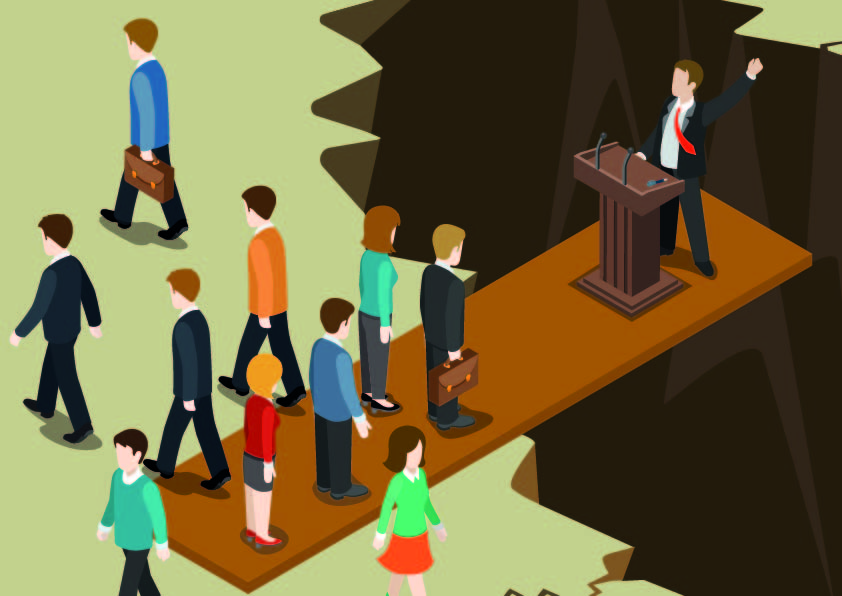 The fundamental pillars of democracy, particularly regular and clean elections, freedom of the media, the rule of law and minority rights are under attack the world over.

The Democracy Index, published by the influential publication The Economist in the last few days, highlights the fact that democracy in Malta has suffered a significant blow – the biggest blow in Western Europe. This is following Daphne Caruana Galizia’s assassination. Malta has also performed badly in terms of indices related to freedom of expression.

What is happening to democracy in our country and beyond?

The dismantling of freedom starts off with attacks on the guardians of democracy: unshackled media, independent judiciary and a basic level of respect for the opposition. An opinion writer on the journal The Guardian writes “liberty is not swallowed all at once but in a series of small pieces”.

Political analysts are building up a scenario that should have us all concerned, depicting what has led to the dismantling of democracy in our country, specifically, and in the rest of Europe generally. We can highlight some clear indicators of what is going wrong.

Left-and right-wing populists have exploited the anger felt by voters to gain support and parliamentary seats in Europe. In consequence, some have managed to gain power in some countries and in others they have made it difficult for the main parties to form viable coalitions, as was the case in Holland and Germany. This wave has yet to break. Just before the upcoming elections in Italy in March, left-and right-wing populists are at the lead according to a public opinion survey and have already garnered the support of two thirds of the electorate.

The populists are exploiting elections by telling voters that democracy no longer exists or exists only for the elite.

In countries in the West that used to promote liberal values there is what the Human Rights Watch calls a “frontal assault on the values of inclusivity, tolerance and respect.” America is held hostage by Trump, England is obsessed with Brexit and Germany is struggling to retain a government. They are all internally fragile.

And what are we seeing in our country? A severe lack of transparency and accountabuility, the wearing away of the rule of law and a non-existing meritocracy, to name a few things. This when the current Government had promised to make Malta the best place in Europe. Instead, our country was classified among the worst in terms of democracy.

When one reads the many reports regarding the threats to liberty around the world, one may come to the desperate conclusion that democracy is dying. This kind of fatalism would be a big mistake, just like the assumption that democracy is everywhere and permanently triumphant.

Democracy is not set to fail but it needs to be renewed and strengthened with each generation. The biggest mistake we can make with regard to democracy is to take it as a given.

The unions are key players in the strengthening of data protection