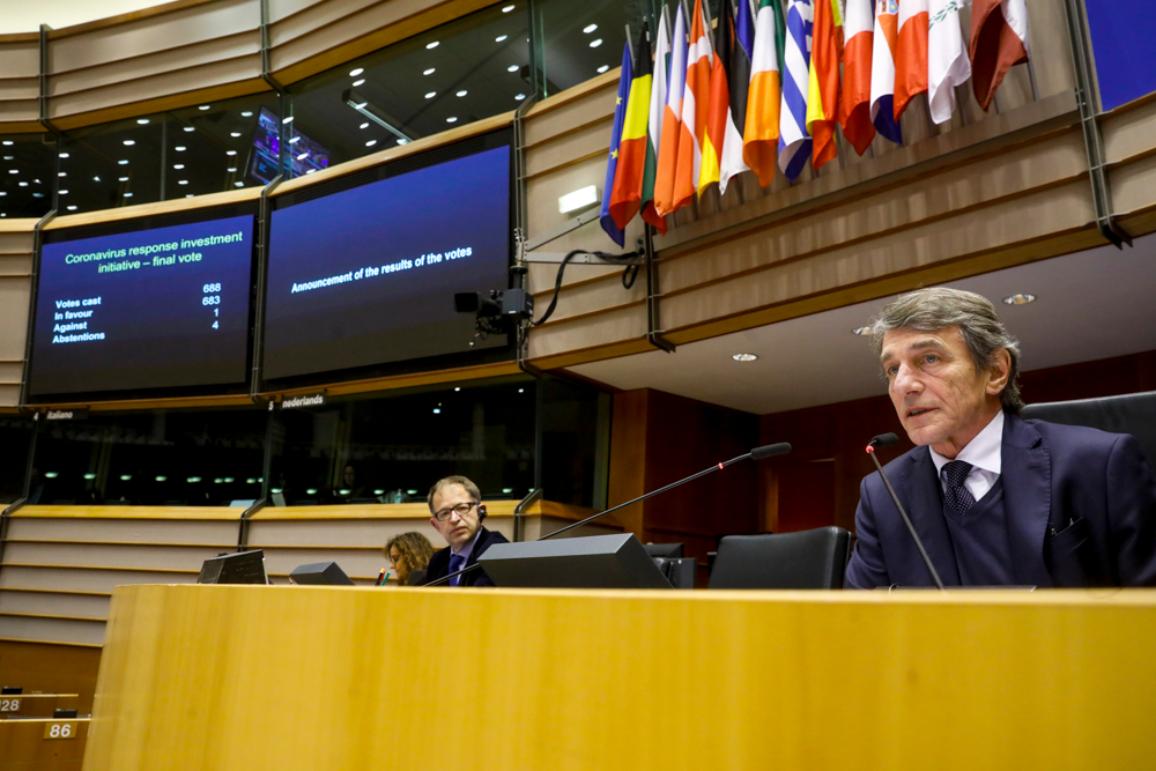 The urgent measures to help people and businesses tackle the crisis were voted on in plenary less than two weeks after the Commission tabled its proposals.

The approved proposals are:

The Corona Response Investment Initiative: these measures are meant to channel €37 billion from available EU funds as soon as possible to citizens, regions and countries hit the hardest by the Coronavirus pandemic. The funds will be directed towards healthcare systems, SMEs, labour markets and other vulnerable parts of EU member states’ economies. The proposal was adopted with 683 votes in favour, 1 against and 4 abstentions.

The extension of the EU Solidarity Fund to cover public health emergencies. The measures will make up to €800 million available for European countries in 2020. Operations eligible under the Fund will be extended to include support in a major public health emergency, including medical assistance, as well as measures to prevent, monitor or control the spread of diseases. The proposal was adopted with 671 votes in favour, 3 against and 14 abstentions.

Temporarily suspending EU rules on airport slots: this will stop air carriers from operating empty flights during the pandemic. The temporary suspension means that airlines are not obliged to use their planned take-off and landing slots to keep them in the next corresponding season. The ‘use it or lose it’ rule will be waived for the whole summer season, from 29 March until 24 October 2020. The proposal was adopted with 686 votes in favour, no votes against and 2 abstentions.

Enforcement against overpricing of essential items is essential

Why not encourage cycling during these times of crisis?